Mendota Work Camp: Do you have family stories or pictures?

Mendota Work Camp No 1. Some families in Mendota were there in this camp, Do you have stories or Pictures of your families?
Near Mendota Heights in Dakota County, Minnesota — The American Midwest (Upper Plains) 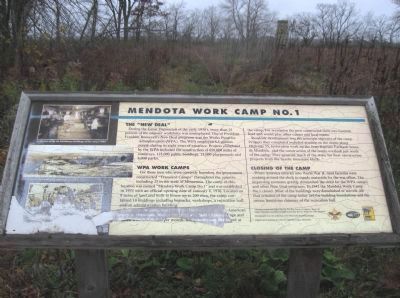 The “New Deal”
During the Great Depression of the early 1930’s, more than 25 percent of the nations’ workforce was unemployed. One of President Franklin Roosevelt’s New Deal programs was the Works Progress Administration (WPA). The WPA employed 8.5 million people during its eight years of existence. Projects completed by the WPA included the construction of 650,000 miles of roadways, 125,000 public buildings, 13,000 playgrounds and 8,000 parks.

WPA Work Camps
For those men who were currently homeless, the government constructed “Transient Camps” throughout the country, including 25 in the state of Minnesota. The camp at this location was named “Mendota Work Camp No. 1” and was established in 1935 with an official opening date of January 8, 1936. Located on 8 acres of land and built to house up to 200 men, the camp contained 10 buildings including barracks, workshops, a recreation hall, and an administration building.

Originally the camp was established as the only African-American camp in Minnesota. Men at the camp averaged 40 years 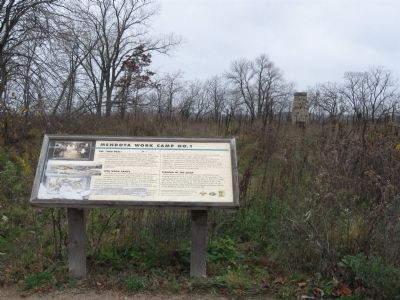 of age and earned from $15 to $25 per month, along with room and board at the camp. For recreation the men constructed their own baseball field and would play other camps and local teams.

Roadside development was the principle objective of the camp. Projects they completed included grading on the slopes along Highway 55, restoration work on the Jean-Baptiste Faribault house in Mendota, and the construction of the scenic overlook just south of the camp. They quarried much of the stone for their construction projects from the nearby limestone bluffs.

Closing of the Camp
When America entered into World War II, most factories were working around the clock to supply materials for the war effort. The improving economy greatly diminished the need for the WPA camps and other New Deal programs. In 1941 the Mendota Work Camp No. 1 closed. Most of the buildings were demolished or moved. All that remains of the camp today are the building foundations and the ornate limestone chimney of the recreation hall.

This sign created and placed here by The Boy Scouts of America, Troop 345
Eagan, Minnesota as part of a Eagle Leadership Service Project by Gary Simpson.
Photographs from the collection of the Minnesota Historical Society.
Digital screen printing by: Signtific, Eagan, Minnesota.
[logos of the 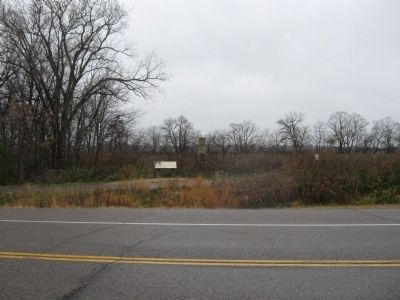 Boy Scouts, Signtific, and the Minnesota Department of Natural Resources]

Erected by The Boy Scouts of America, Troop 345; Gary Simpson.

Topics and series. This historical marker is listed in these topic lists: African Americans • Charity & Public Work. In addition, it is included in the Minnesota Historical Society, and the Works Progress Administration (WPA) projects series lists. A significant historical month for this entry is January 1849.

Location. 44° 52.203? N, 93° 10.367? W. Marker is near Mendota Heights, Minnesota, in Dakota County. Marker is on Sibley Memorial Highway north of Perron Road, on the left when traveling north. Marker is along the Big Rivers Regional Trail. Touch for map. Marker is in this post office area: Saint Paul MN 55120, United States of America. Touch for directions. 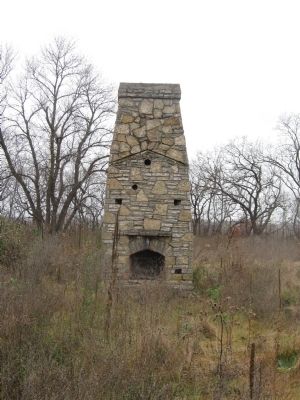 (approx. 1.2 miles away). Touch for a list and map of all markers in Mendota Heights. 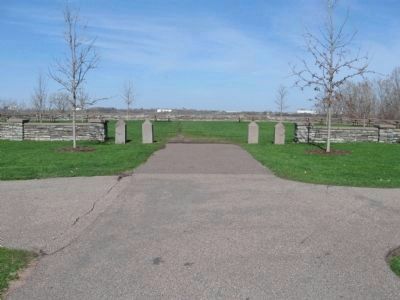 Photographed By K. Linzmeier, April 29, 2011
5. Mendota Scenic Overlook
As noted on the marker, construction of this scenic overlook was a work camp project. 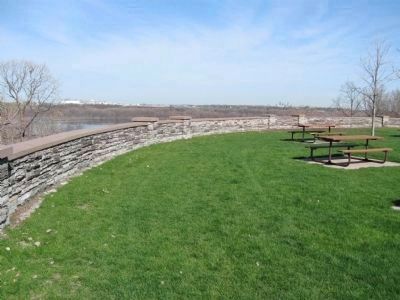