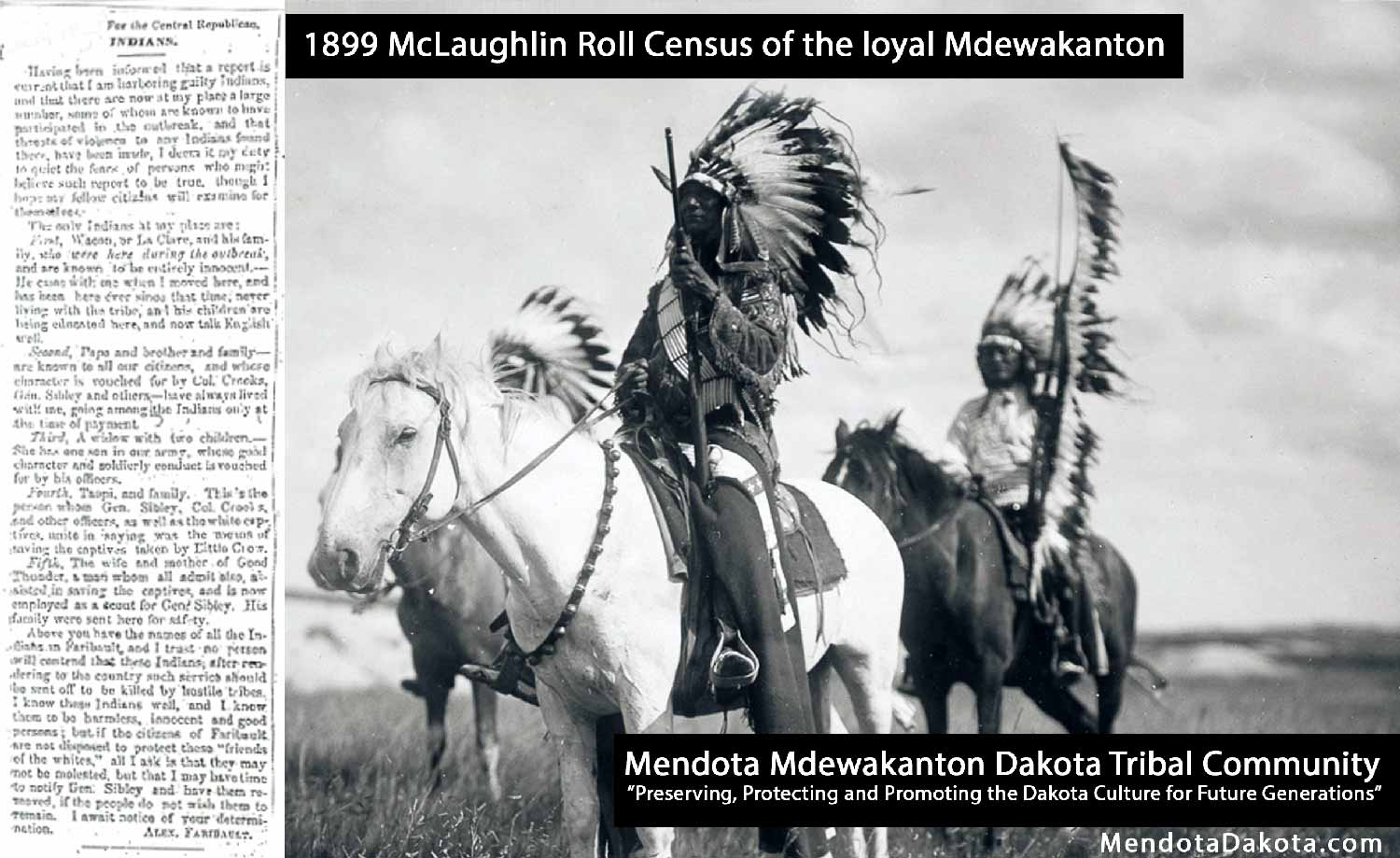 Having been informed that a report is current that I am harboring guilty Indians, and that there are now at my place a large number, some of whom are known to have participated in the outbreak, and that threats of violence to any Indians found there, have been made, I deem it my duty to quiet the fears of persons who might believe such report to be true, though I hope my fellow citizens will examine for themselves.

The only Indians at my place are:

First, Wacou, or LaClare, and his family, who were here during the outbreak, and are known to be entirely innocent. He came with me when I moved here, and has been here ever since that time, never living with the tribe and his children are being educated here, and now talk English well.

Second, Pepe and brother and family – are known to all our citizens, and whose character is vouched for by Col. Crooks, General Sibley and others – have always lived with me, going among the Indians only at the time of payment.

Third, A widow with two children. She has one son in our army, whose good character and soldierly conduct is vouched for by his officers.

Fourth, Taopi and family. This is the person whom General Sibley, Col. Crooks, and other officers, as well as the white captives, unite in saying was the means of saving the captives taken by Little Crow.

Fifth, The wife and mother of Good Thunder, a man whom all admit also, assisted in saving the captives, and is now employed as a scout for General Sibley. His family were sent here for safety.

Above you have the names of all the Indians in Faribault, and I trust no person will contend that these Indians, after rendering to the country such service should be sent off to be killed by hostile tribes.

I know these Indians well, and I know them to be harmless, innocent and good persons; but if the citizens of Faribault are not disposed to protect these “friends of the whites,” all I ask is that they may not be molested, but that I may have time to notify General Sibley and have them removed, if the people do not wish them to remain. I await notice of your determination.

Like Loading...
PrevPreviousMissing and Murdered Indigenous Women USA.
NextThis month in Sept your ACH payments will come out late.Next