4 Dakota landmarks hide in plain sight along the Mississippi River.

4 Dakota landmarks hide in plain sight along the Mississippi River. 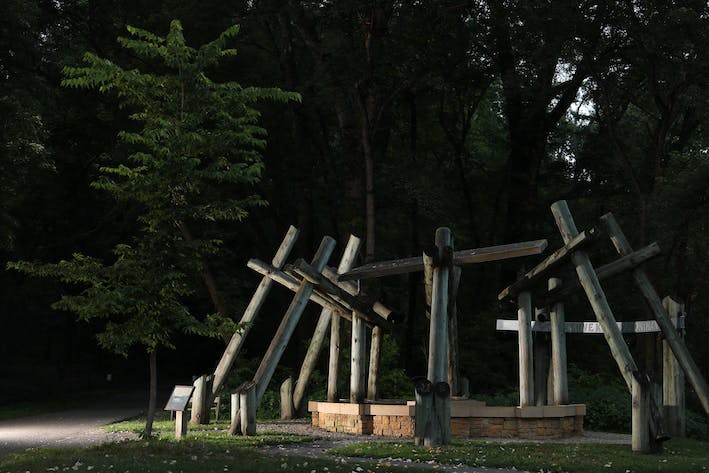 The Dakota call a babyâ€™s first cry â€œbdote,â€ a word also used to describe the confluence of two rivers. In Dakota culture, water is as sacred and primary as a newbornâ€™s gasp for air.

The bdote of the Minnesota and Mississippi rivers is among the most important to the Dakota, with sites of birth and burial, hurt and healing tucked into the modern urban infrastructure along the shores.

Although the Dakota are considered Minnesotaâ€™s first people, their history and lives have often been absent from the dominant narrative. But recent controversies at local institutions have raised greater awareness of the Dakota perspective. This summer, Lake Calhoun officiallyÂ reverted to its Dakota name, Bde Maka Ska. Last summer, the Walker Art Center removed a sculpture evoking the 1862 hanging of 38 Dakota men. Around the same time, Alexander Ramsey Middle School in Minneapolis dropped its association with the Minnesota governor who declared that all Dakota â€œmust be exterminated or driven forever beyond the borders of the state.â€

To increase local knowledge of Dakota culture and heritage, the Minnesota Humanities Center worked with Dakota scholars to develop a daylong guided tour of Â­significant native sites, including Mounds Park, Wakan Tipi, Fort Snelling and Pilot Knob. Whether you visit these sites on your ownÂ or as part of the tour, hereâ€™s what to expect. 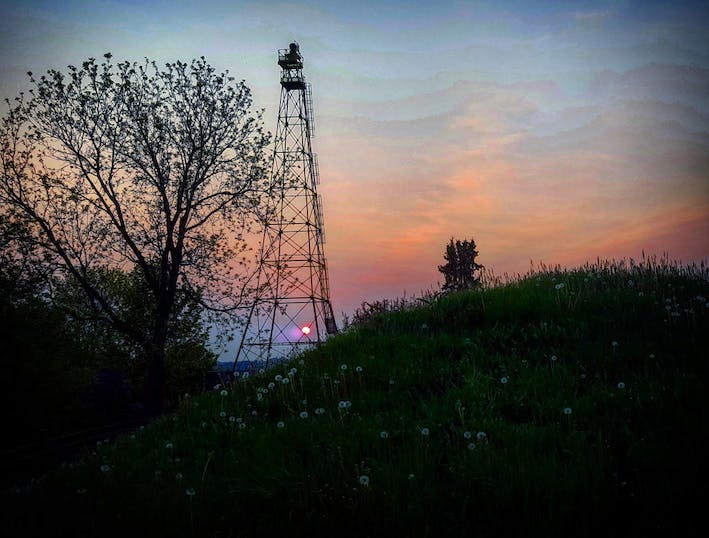 MALLORY MORRELL
Of the dozens of sacred burial mounds that once dotted the area around Indian Mounds Regional Park, only six remain.

The earthen mounds were created by indigenous people 2,000 years ago on a bluff overlooking the Mississippi River, across from what is now the St. Paul Downtown Airport. There were once dozens of sacred burial mounds in the area before they were razed by developers and the city of St. Paul, which now owns the park. Today, six mounds remain, enrobed in tall grass and wildflowers.

Years ago, the city used to mow them. Outdoor enthusiasts scaled them, covered the area with toboggan tracks and even used it as a ski jump. In the 1800s, the mounds were sloppily excavated and likely looted. Bones and other objects went to the Minnesota Historical Society, Macalester College and other museum or personal collections. A 1990 federal law strengthens protections for grave sites and helps repatriate the artifacts.

The mounds are listed on the National Register of Historic Places and surrounded by wrought-iron fences to protect them. Descendants of the people who built them conduct ceremonies there today, and visitors are asked to respect the ancient site.

On this marshy flood plain beside the Mississippi, a limestone cave known as Wakan Tipi, or House of the Spirits, was an important tribal meeting site long before explorer Jonathan Carver was credited with its discovery.

Itâ€™s less than a mile from downtown St. Paul, but feels worlds apart. In the restored woodland and wetland, you can see bald eagles and blue herons. Water bubbles up from a spring near the caveâ€™s entrance, creating a habitat for medicinal plants.

The enormous steel plate that used to barricade the cave has been replaced by less foreboding fencing. But both structures arrived too late to protect the animal petroglyphs once carved into the caveâ€™s soft yellow stone. The images were destroyed, along with the front of the cave, when the area served as an industrial railroad corridor in the mid-1800s.

The areaâ€™s old brewery, sawmills and lumberyards have since shuttered, and the long polluted site was abandoned by the 1970s. After an extensive cleanup effort, it became the Bruce Vento Nature Sanctuary in 2005.

The Minnesota Historical Society operates the massive stone fortress perched above the nexus of the Mississippi and Minnesota rivers, while the Department of Natural Resources runs the wooded state park at waterâ€™s edge.

The fort features period re-enactors who forge metal and fire cannons. Until a few years ago, it hosted kidsâ€™ birthday parties. But itâ€™s not a celebratory place for the Dakota.

In 1862, as the Dakota men who had fought U.S. soldiers and settlers faced military trials, a group of more than 1,600 Dakota, mostly women, children and elderly, were forcibly marched more than 100 miles from the Lower Sioux reservation to Fort Snelling. The marchers suffered physical abuse and were attacked by angry mobs of settlers as they passed through towns. Many died during the journey and in the months the group was interned at Fort Snelling.

Recently, the Historical Society has begun describing the stockade where the Dakota were held as a concentration camp. Although the captives were not executed, it was part of a genocidal policy.

In 2002, the first Dakota Commemorative March retraced the route to remember those who endured the trip. The weeklong walk, which has typically taken place every other year since, ends at the park, where a memorial structure of large wooden beams sits beside the visitors center.

A high bluff in Mendota Heights looks out on Fort Snelling, with sweeping views of the river valley and the Minneapolis and St. Paul skylines. In Dakota, itâ€™s known as Oheyawahi, â€œa hill much visited,â€ and was a site for ceremony and burials.

Behind a cemetery and an off-leash dog park, a path to the edge of the bluff winds through the tall grass prairie, spiked with black-eyed Susans and purple bergamot. It leads to seven 2-ton limestone blocks, arranged in a circle as seats for representatives of the seven Dakota divisions, or council fires. After nearly becoming a townhouse development in 2002, Pilot Knob is now on the National Register.

In 1851, the Treaty of Mendota was signed here, moving the Dakota off their homeland and onto reservations. On a sign that explains how the treaty â€œtransferred 35 million acres of Dakota land to the United States,â€ the word â€œtransferredâ€ has been scratched out and replaced with the word â€œSTOLE.â€